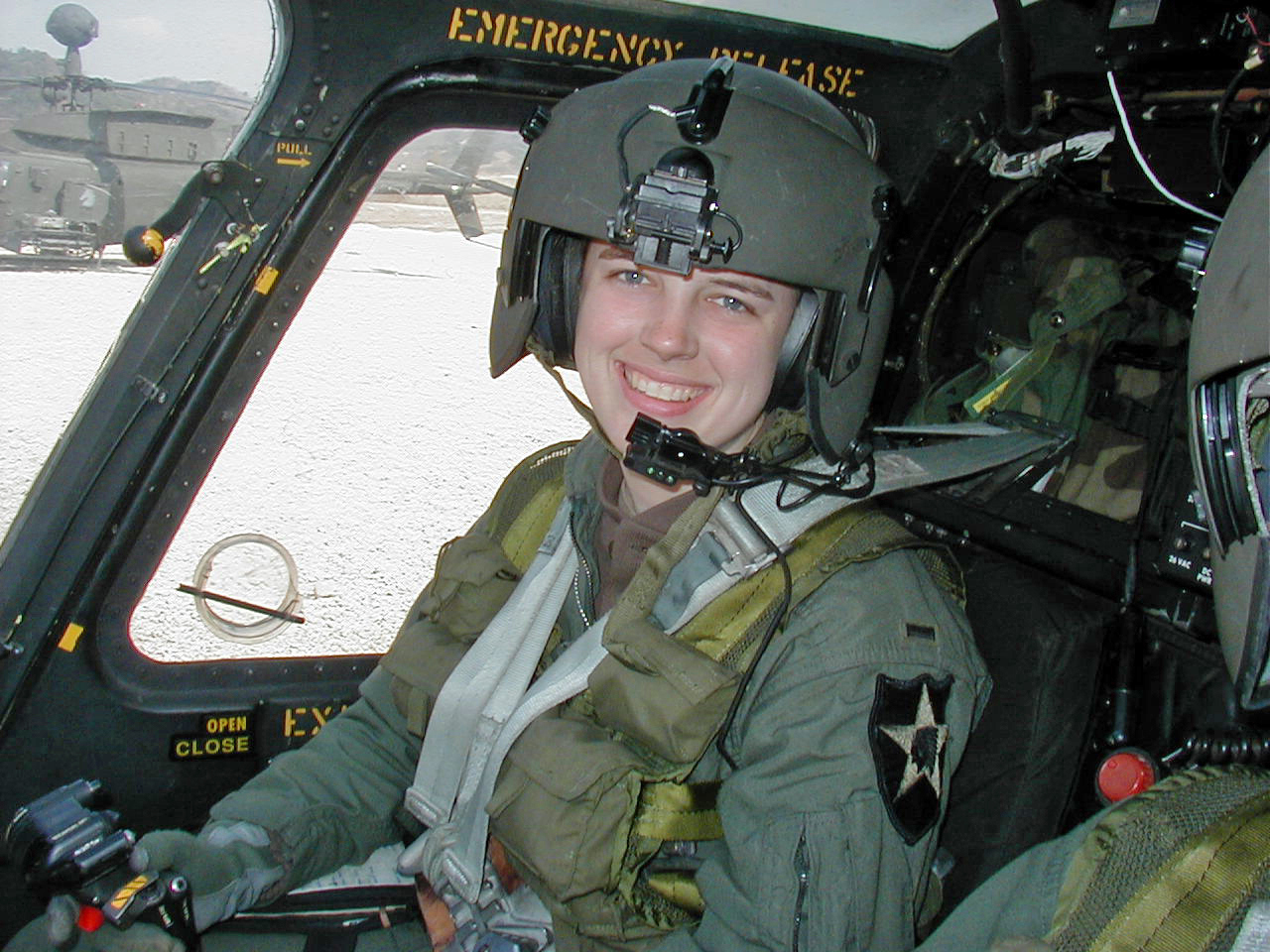 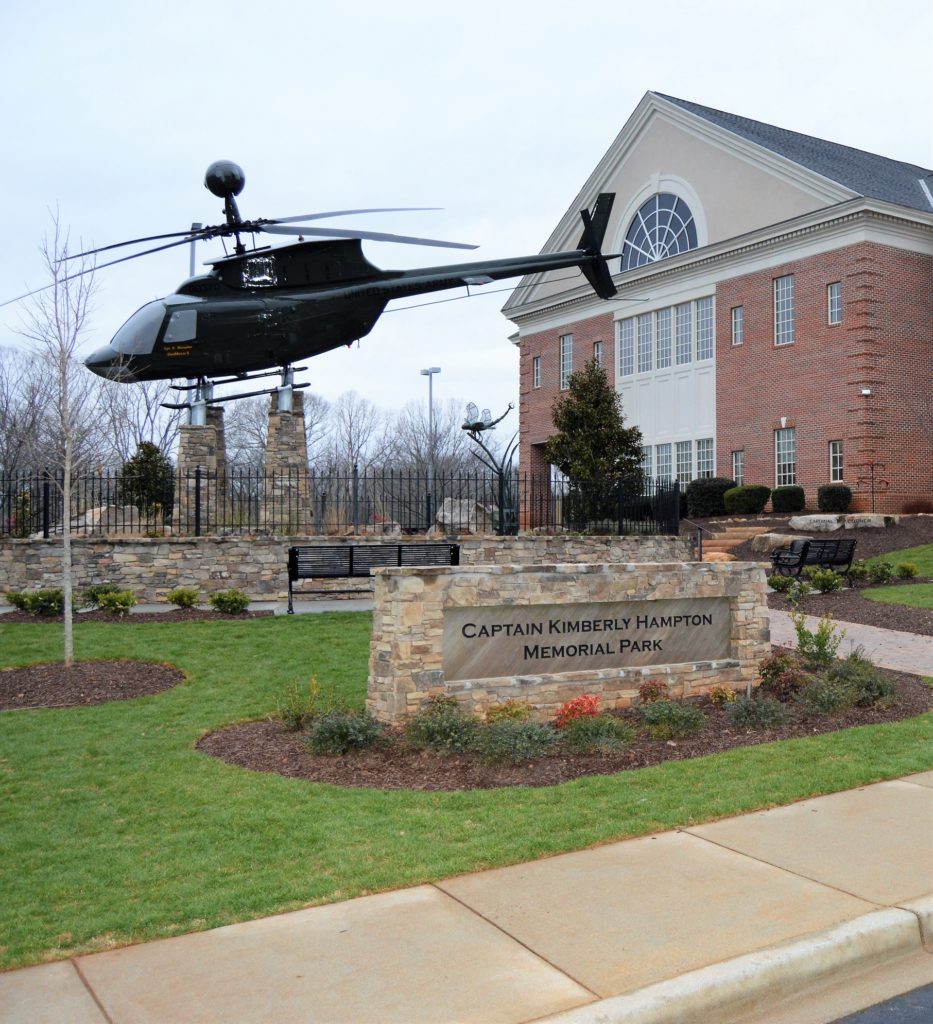 A project known as Operation Dragonfly honored a hometown hero on March 2nd, dedicating the Captain Kimberly Hampton Memorial on the grounds of the Hampton Memorial Library in Easley. Attended by scores of veterans, legislators, community members and friends of Captain Hampton, the ceremony was dwarfed by the towering replica helicopter on the site.  “This is sacred ground” said Senator Lindsey Graham. ”She volunteered and she didn’t have to go,” 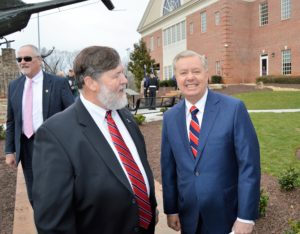 “She was the first female pilot killed in the history of the nation. It started here in South Carolina. That speaks volumes to who we are,” Senator Graham said at the dedication ceremony.
The project is the brain child of Jim Garrison, who has been spearheading the effort since 2014 along with support from various community members, local businesses, organizations and legislators “I just had this vision of what it should look like,” said Garrison in an interview. “This is something that’s always been in my heart and on my mind.” 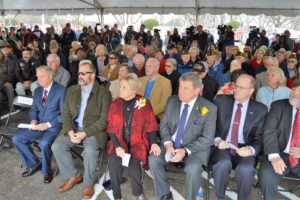 It’s been 16 years since Captain Hampton was killed by hostile fire in Fallujah, Iraq, but her service and sacrifice are now honored in perpetuity. Michael Cogdill, who emceed the ceremony, quoted a Vietnam veteran he met in Washington, D.C. in describing the significance of this lasting tribute to Captain Hampton, “You will never die if you are remembered.”