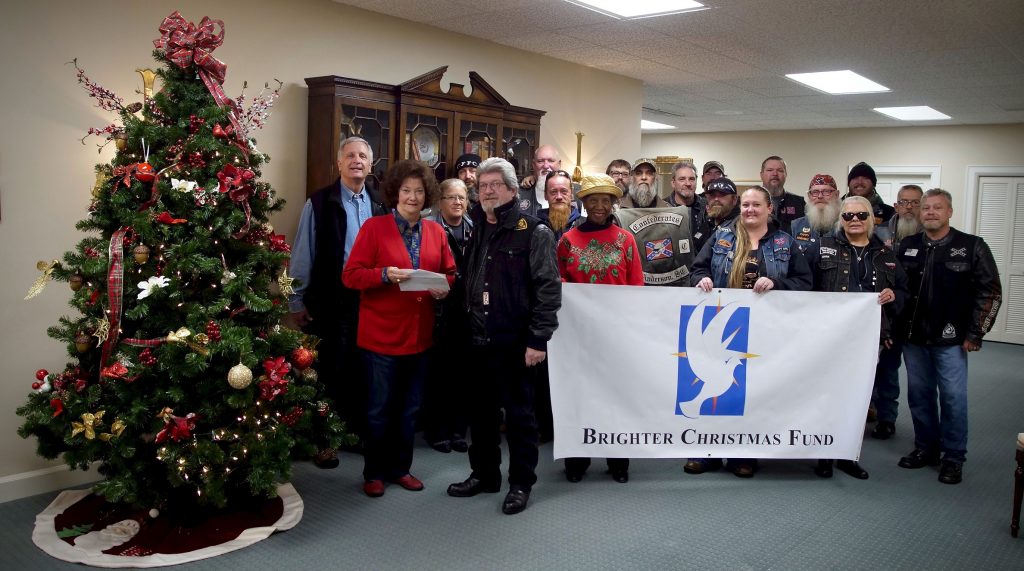 Robert “Little Man” Fagg is a man with a big heart.  His motorcycle club’s Anderson Toy Parade never fails to brighten faces and lift spirits in our community during the Christmas season.  Mr. Fagg and fellow members of the Anderson Toy Parade presented a check to Dean Woods, President of Foothills Community Foundation on December 9th in the amount of $13,253.21.