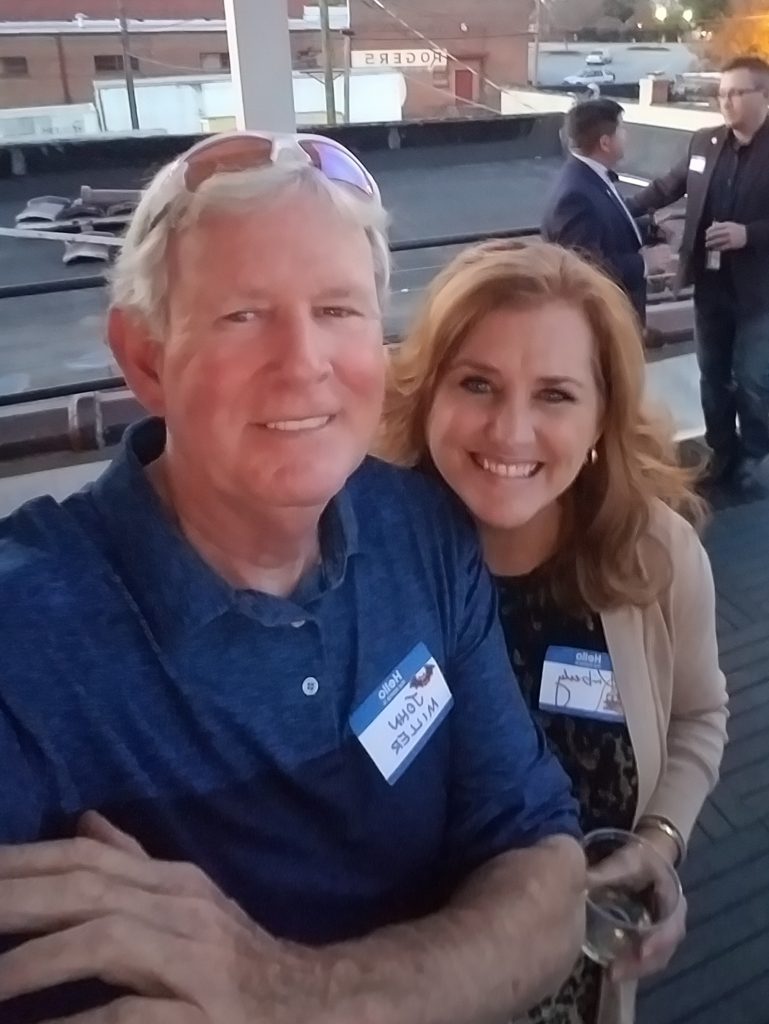 TBA members and supporters gathered for an evening reception at Whitner & Company recently to celebrate past successes and provide a glimpse of their next project.

TBA co-chairs Kimberly Spears and John Miller explained that TBA is the local initiative To Benefit Anderson, but pointed out that the exact nature of the group’s next project is generally yet To Be Announced.

John thanked the members, who have donated $1,000 each to Foothills Community Foundation to fund the work of the TBA.  He explained that the organization operates on an annual membership basis, pointing to the Generator Park project next door to the event as the first TBA initiative, unveiled in 2007. Kimberly announced that their 5th  venture is a collaborative effort with the City of Anderson and the Rotary Club, who are partnering with TBA to dramatically improve an area below Main Street, near the Earle Street Kitchen.