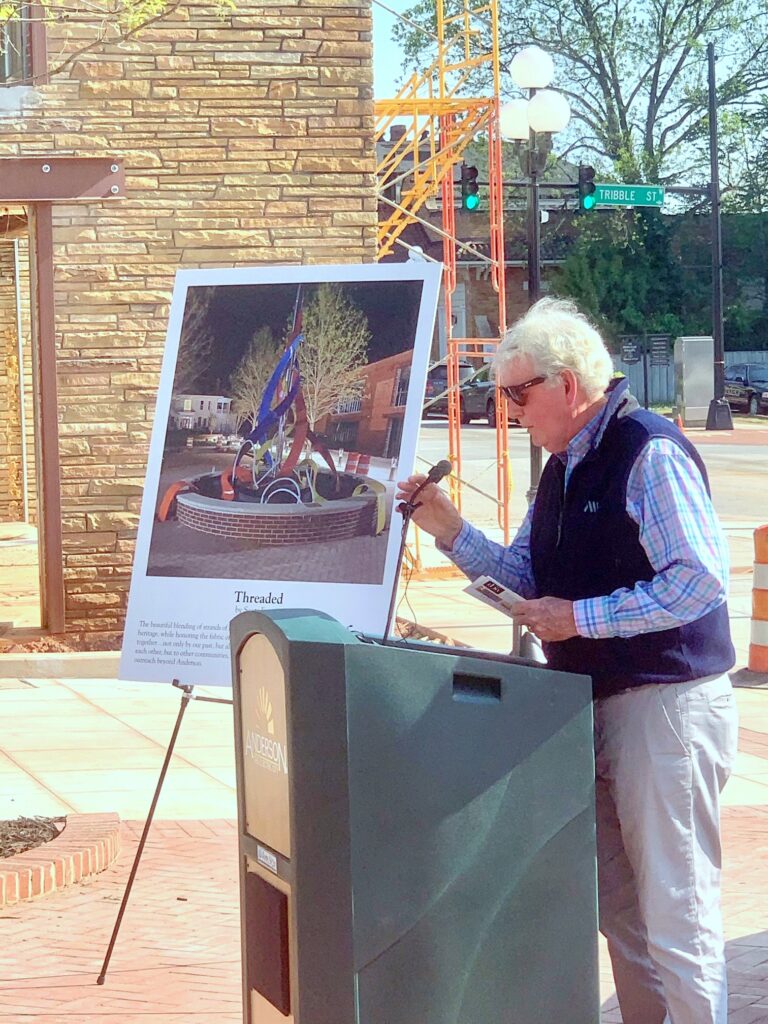 City leaders, tba 100 members and local citizens gathered on April 28th to dedicate The City of Anderson’s North Main Commons and the reveal of Threaded, a sculptural fountain by Scott Foster.

Mayor Terence Roberts spoke to the gathering about the City’s streetscape plan, which grew out of their Shock This Block community input process. John Miller thanked tba 100 members for their willingness to donate $1,000 per year in good faith that successful improvement projects would result from their investment.

Project chairman for Threaded, Craig Chappelear, praised the public/private partnership on display at North Main Commons and encouraged more community involvement in the tba 100. Artist Scott Foster explained that his ‘needle and thread’ design was born from an appreciation of our area’s textile heritage and highlights the variety of threads which come together in the weaving and sewing process. Similar combinations of people, talents and ideas create the warp and woof of our community. 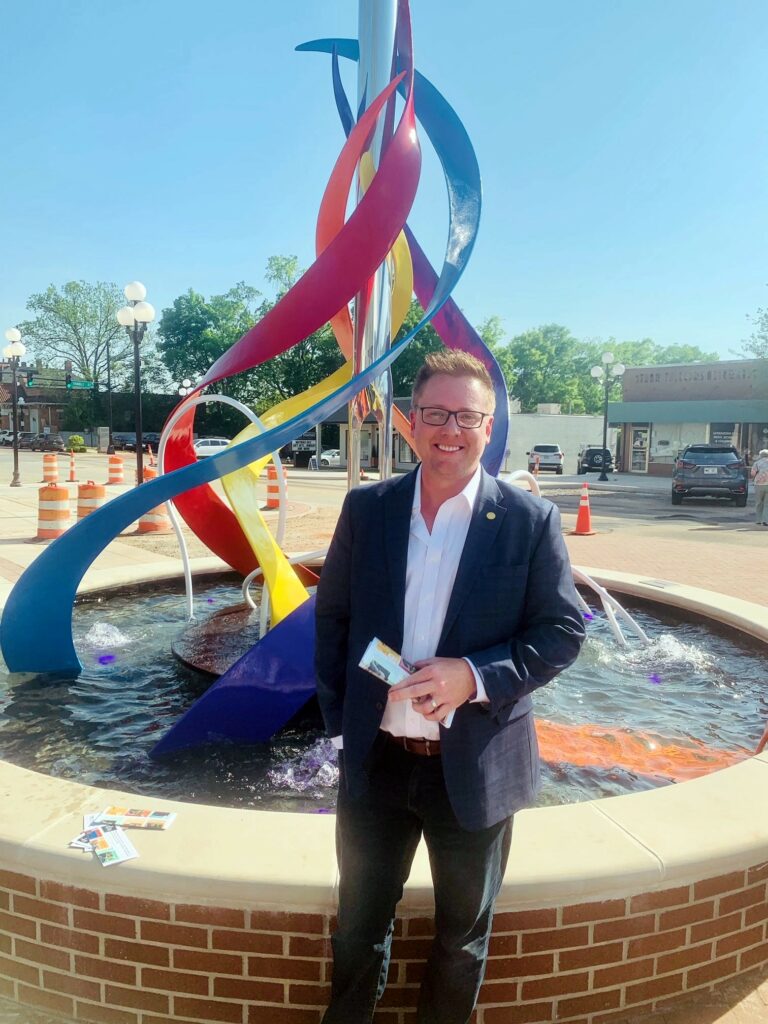 Threaded marks the sixth project of the tba 100, a Foundation initiative which privately funds projects of beautification, preservation, and public art benefitting our community since 2008.  tba 100  was instigated by the vision of the late Cordes Seabrook and motivated by the imagination of his wife and partner, the late Araluen ‘Clinky’ Seabrook. Several members of the Seabrook family were present at the dedication. 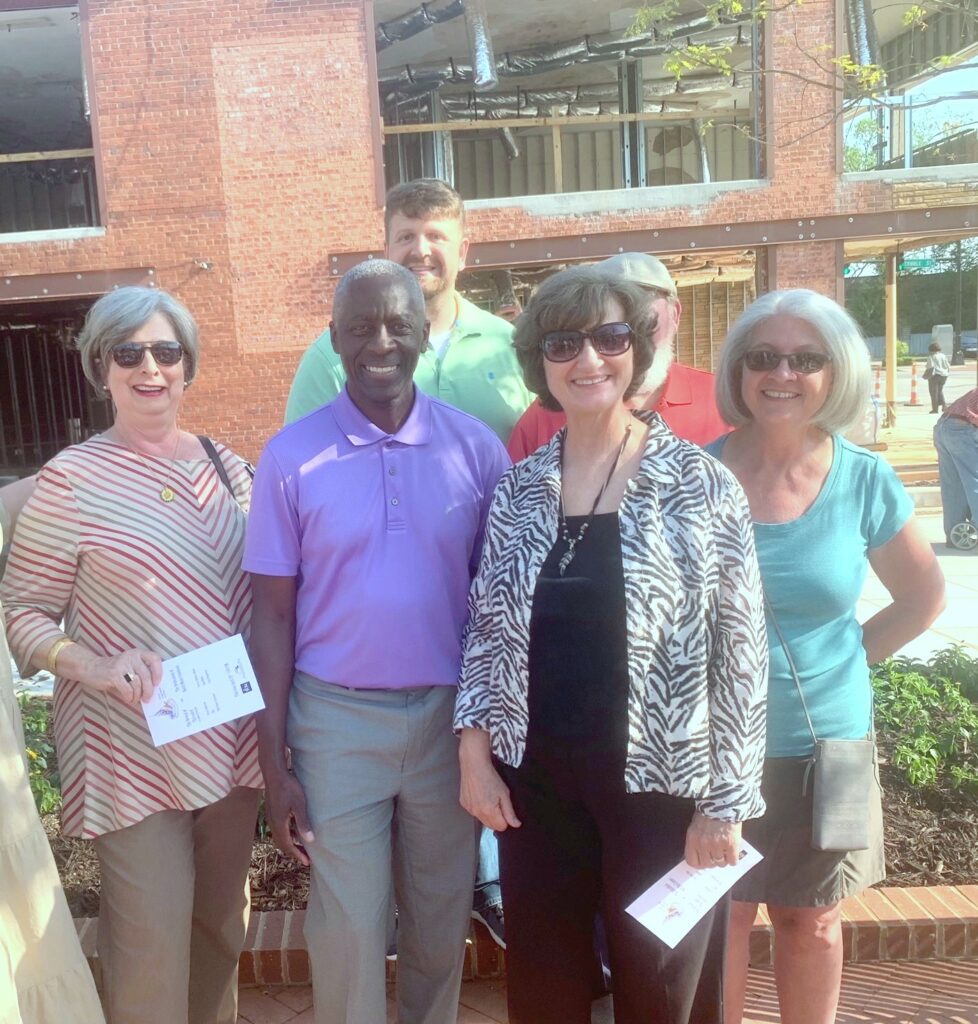 Mayor Terence Roberts visits with members of the Seabrook family at the reveal of Threaded, a tba 100 project