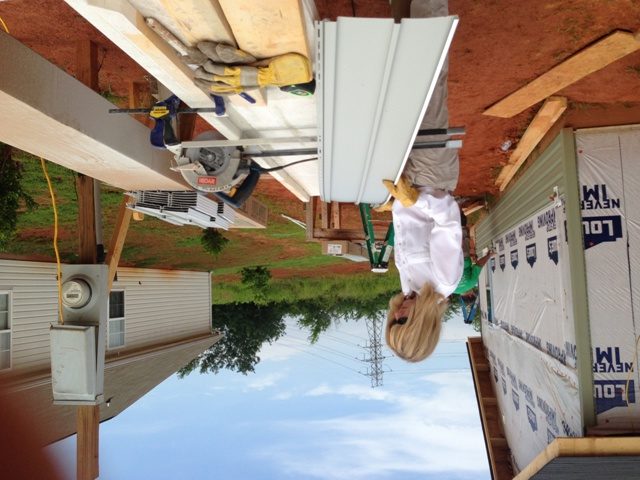 Foothills Community Foundation has partnered with eight local companies in Habitat for Humanity’s 2013 “Executive Build” program.
“We saw an opportunity to participate in a cause that our Board of Directors believes in”, explained Foundation President Robert Rainey. According to Habitat’s Priscilla Bowers, this home construction is part of the first “Executive Build” in which company executives and volunteers provide funding and labor for the new home. As a result, Andersonian Sammy Robinson will live in the very first home that he has owned in his 53 years. Mr. Rainey offered the Litany of Dedication at the service for the Robinson home on August 1st. Other companies who made this “Executive Build” possible include: the Abney Foundation, the Anderson Independent, AFCO, Bosch, Glen Raven, Michelin, Owens Corning and TTI.
“Home ownership is one of the building blocks of any community and the Foundation is pleased to assist in this worthwhile cause,” Mr. Rainey said.