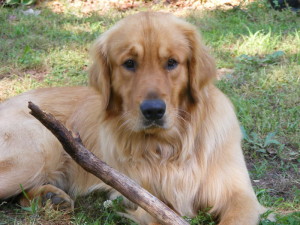 By Kirk Brown of the Independent Mail
An offer from an anonymous donor could hasten plans for a dog park in downtown Anderson.
The unnamed donor has offered to contribute $20,000, provided the group that wants to build the dog park can raise an equal amount of money by April 30.
The donor came forward with the offer about two weeks ago, said Dr. Marshall Meadors, a member of the To Benefit Anderson group who is leading the effort to build a downtown dog park.
“I am going to ask people for money like I have never asked before,” Meadors said Monday. He said mailers seeking donations will be sent out and plans are being made for fundraising events.
Working in conjunction with the Foothills Community Foundation, To Benefit Anderson has raised nearly $60,000 for the dog park since late 2013. The park would be built between East Whitner and East Benson streets on land donated by First Baptist Church. The city of Anderson would be responsible for maintaining the park.
The cost of the dog park was initially estimated at $120,000 but Meadors said some changes have been made to the site plan that should lower the total cost to closer to $100,000. Those changes include reducing the number of parking spaces and enlarging the area of the park for larger dogs.
If To Benefit Anderson is able to raise $40,000 from the anonymous donor and matching contributions by the end of April, work on the dog park could start as soon as June 1, Meadors said. The park would be ready to open about a month after that, he said.
“It would bring dogs together and it would bring people together, which are both healthy,” Meadors said.
Anderson County currently does not have a dog park.
County officials had discussed building a dog park at the Anderson Sports and Entertainment Center. County Council members pulled the plug on the park after learning that it would cost about $100,000.
“It’s dead,” said Glenn Brill, the county’s parks, recreation and tourism director. “It is not going to happen.”
The dog park is the fourth downtown project that To Benefit Anderson has undertaken since it formed in 2007. The group is responsible for Generator Park on McDuffie Street, the Wren Fountain on the corner of Main and River streets and the improvements in Caton Alley, which connects Benson Street with the Church Street parking lot.
Anderson Mayor Terence Roberts said a dog park would be a welcome addition in downtown Anderson.
“We don’t have a lot of green space for downtown residents with dogs,” Roberts said.
He also predicted that the park could serve as a lure for dog owners throughout the county.
“Any park attracts people and we like to have people in downtown Anderson,” he said.