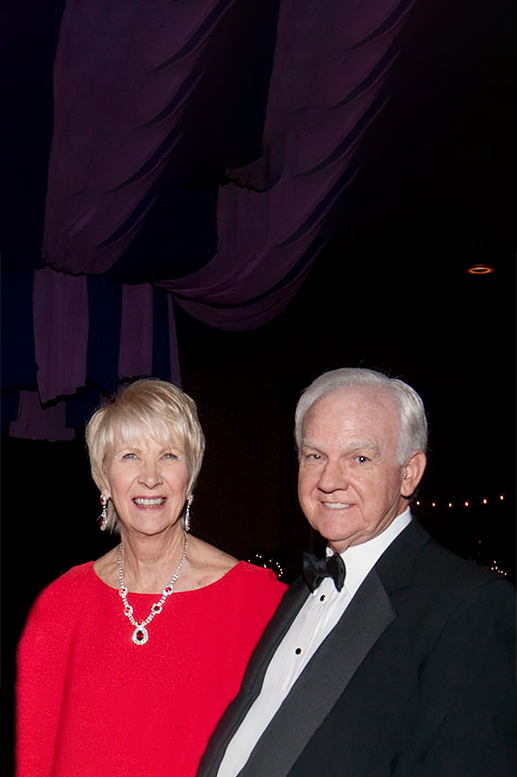 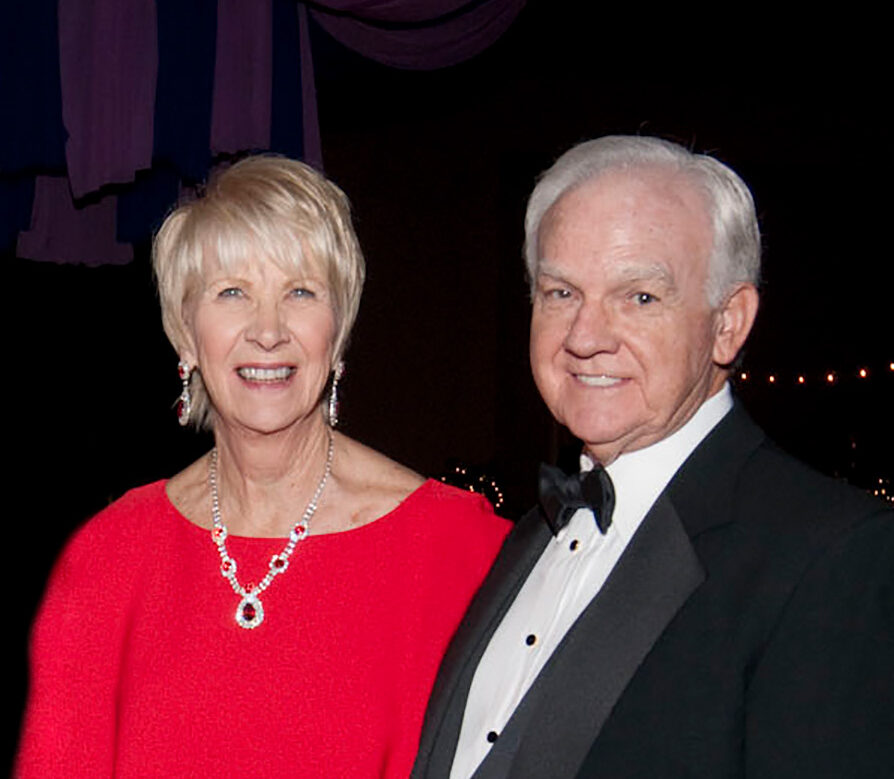 Recipients of the Robert M. Rainey Philanthropy Award must have demonstrated, over a significant period of time, dedication to the promotion of philanthropy, combined with a strong devotion to civic and family duty. Charles and Libby Dalton have exemplified a lifetime of service to the community.

A 1964 graduate of Clemson University, Charles Dalton is President and CEO Emeritus of Blue Ridge Electric Cooperative, retiring in 2018 after 36 years. Under his leadership, the company’s Blue Ridge Fest grew to one of the largest charity fundraisers in the Upstate, donating more than $2.7 million to human help organizations since its beginning in 1998.

Libby Dalton grew up in Charleston and began her professional career with First Federal Savings and Loan in Greenville as a loan officer. Later relocating to Saudi Arabia with Daniel Construction in Jeddah, Libby collaborated with King Fahd, forming American Ladies of Jeddah, a groundbreaking organization that included women from several countries. Upon her return to Greenville, she founded Dynamic Image, eventually selling the business to become public relations and marketing director for Palmetto Baptist Hospital in Easley. After eleven years with the hospital, Libby began a career with the Pickens County YMCA, where she served as public relations and marketing director, then rose to CEO as the first woman to hold such a role in the state.

Her extensive board service has included: the Pickens County Cancer Society, the Diabetes Association, Easley Chamber of Commerce, Pickens County YMCA board of directors, Pickens County Alzheimer’s, and the WYFF TV Advisory Board. Libby currently serves on the Clemson University Board of visitors and is a founding board member of the Dream Center.